What is a Member-Owned Group Captive?

As a captive owner, the insured pays reasonable and fair premiums, which are determined by an independent actuary and based on the insured’s own claims experience.

Captives are often domiciled in places like the Cayman Islands or Bermuda, and use USA approved fronting or policy issuing carriers who collect premium, reinsure large claims, and perform required state filings.

Over time, it is expected that there will be more good claims years than poor ones, leading to a net profit being returned to the insureds who own the Captive. 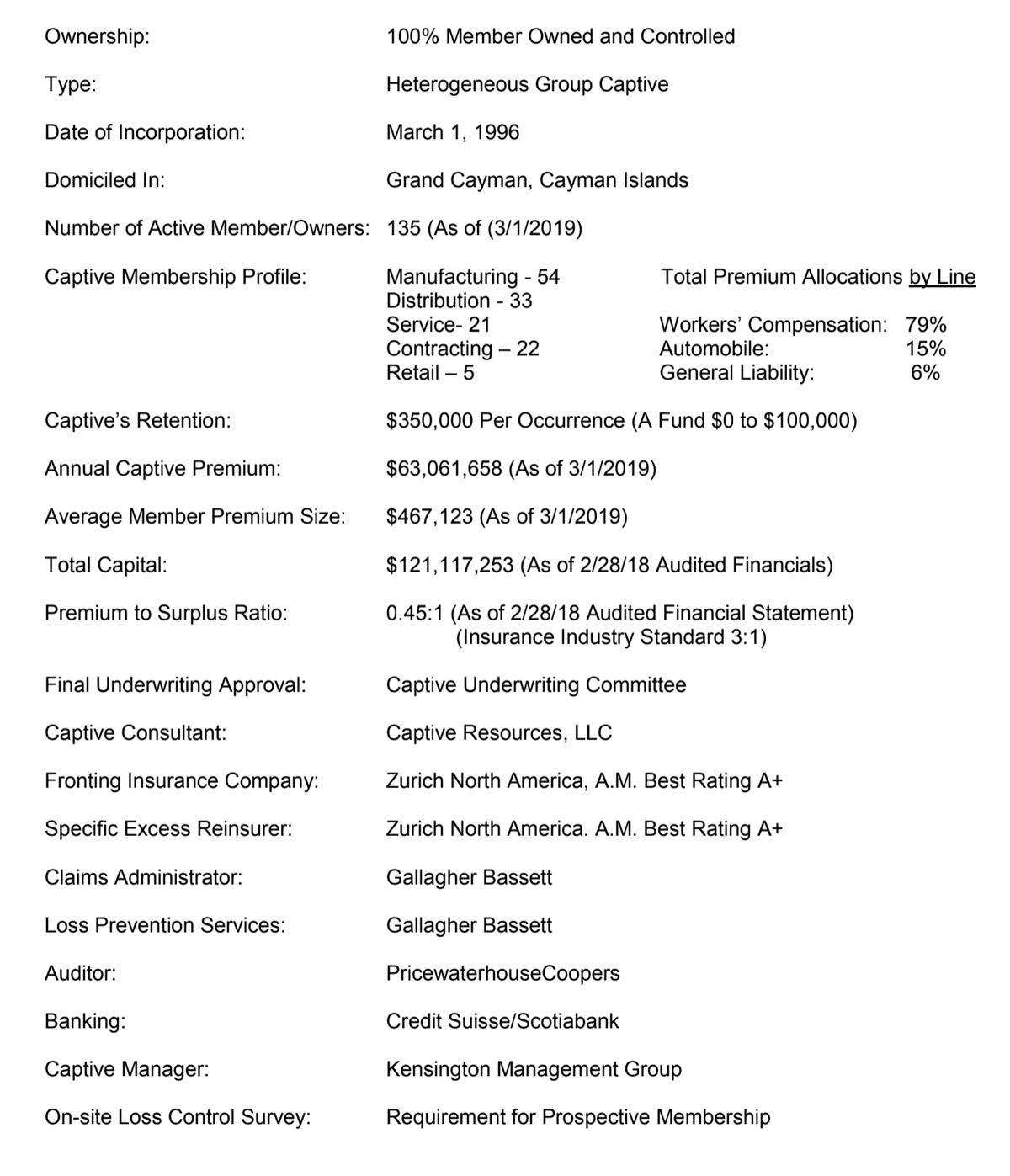